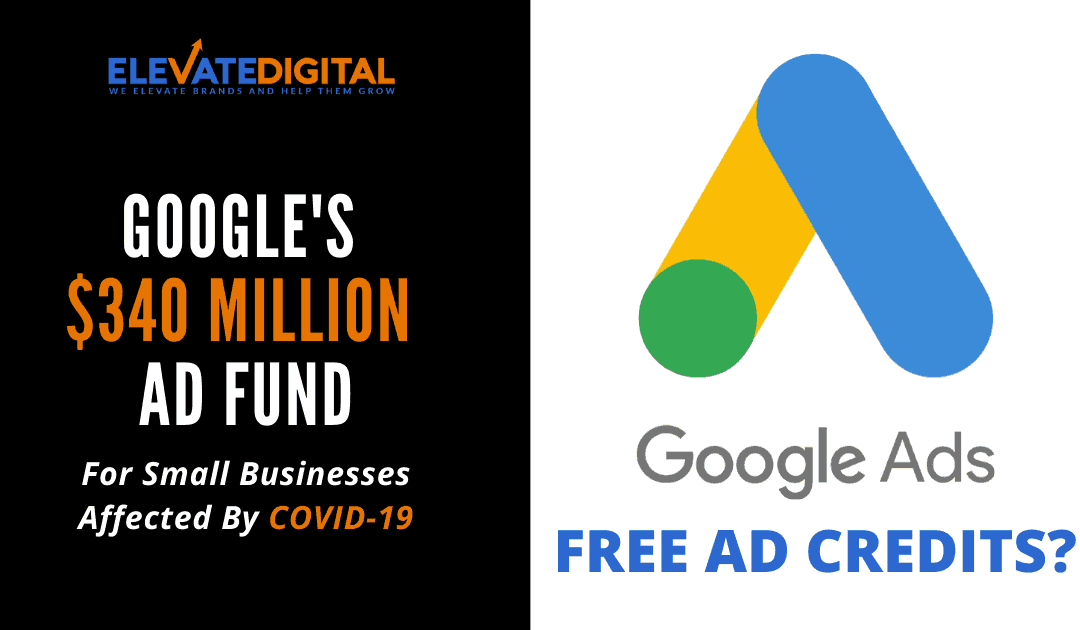 Google announced yesterday they will be giving away $340 million in Ad Credits to all SMB’s who have had an active account over the past year.

But it’s not just SMB’s…

Google’s CEO, Sundar Pichai announced they would be donating in excess of $800 million in ad credits to help both government organisations and small businesses in response to the COVID-19 crisis.

In a blog published on Friday, Sundar confirmed the following additional commitments as part of this fund:

It’s not yet clear if this will be limited to a certain amount of ad spend but Google have said they will be sending credits out over the next couple of months.

So if you’ve opened or used your Google Ads account over the past year, keep an eye on your inbox!

But if you haven’t yet used Google Ads in your marketing, it’s still worth keep an eye out!

Google frequently offer incentives for new customers and with an influx of new businesses transitioning to the online space; They’ll likely want a piece of the action!

If your business has been negatively impacted by COVID-19, we’re here to help! Book your FREE digital review today and we’ll record you a 10 minute video with some suggestions on how you could create a digital marketing strategy to increase your traffic, leads and sales!

As an ex-corporate account, she's obsessed with the numbers and the finer details. After all, what good is marketing if you don't see the bank balance grow...

In her spare time, Jane loves to travel and create things! You may also find her watching cute cat videos 😸